Kabaddi is basically a combative sport, with seven players on each side; played for period of 40 minutes with 5 minutes break (20-5-20).The core idea of the game is to score points by raiding into the opponents court and touching as many defence players as possible without getting caught on on a single breath. One player, chanting Kabaddii: Kabaddi: Kabaddi: Charges into the opponent court and tries to touch the opponent court and tries to touch the opponent closest to him, while the seven opponents make maneuvers to catch the attacker. This is the Kabaddi, the match of one against seven, known as the game of struggle. The players on the defensive side are called “Antis” while the player of the offence is called the “Raider”. The attack in Kabaddi is known as a Raid.

Kabaddi involves agility, good muscular co-ordination, presence of mind, dare, quick reflexes, good lung capacity, and an ability to anticipate the opponent’s moves. The unique feature of this sport is that it is a combination of team and an individual effort.Kabaddi is perhaps the only sport that is closely related to to “Yoga” the ancient Indian science that advocates a healthy mind in a healthy body.

The origin of the game dates back to pre-historic times. The game was played all over India and some part of Asia. The game was played as “HU-TU-TU” in western India, HA-DU-DU in Eastern India and Bangladesh,”CHEDU-GUDU in southern India,”KAUN-BADA” in northern India, “THEE-CHUB in Thailand,’ DODO in Nepal,”GUDU” in Srilanka and “CHITGODO” in Malaysia. The present nomenclature of the game KABADDI is probably derived from the term Kaun-Bada which means a challenge to to the opponent.

Origin of Kabaddi – Dates Back

In Mahabharata there is reference to King Dhrutarashtra, who organized the game of ”HAMAMA” played in the Darbar between Kaurawas and Pandawas, dividing the two parties by putting a line between them. The excellent game is based on technique and tactics of warfare.

Also the Indian epic “Mahabharata” describes the youngest warrior of Pandawas named Abhimanyu, who was directed to fight against Combatant of the seven Kauravs inside the perimeter of enemy line of defense known as ‘Chakravyuha” (a labyrinth). He adopted a strategy to enter into the line of defense but could not come out of the place encircled by the seven heroes. The same planning and strategy is found basically in the game of Kabaddi.

Saint Tukaram, a great saint of Maharashtra state, has mentioned this game in his Hymn (song of praise of God) also said Abhanga, (Hamama repora Hamama on the bank of river Chandrabhaga, devotees of God Vitthal were playing the game of stretching hands and legs of each other etc.) and credited it with having a great bearing on ones action in everyday life. It is also referred as a “Hoombri” which emphasis the importance of the cant during the raids in the opponents court by the players. 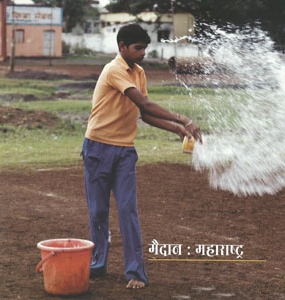 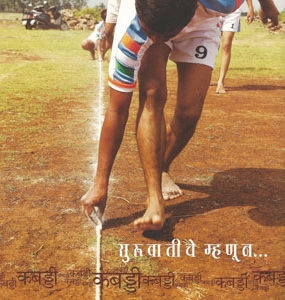 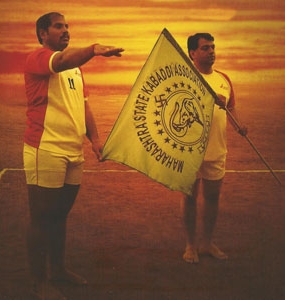